The 7th Australian Soil Judging Competition was held in Strathalbyn, south of Adelaide, South Australia from the 3rd to 6th October 2019.

During this national four-day event, teams consisting of four to six students spend the first two days training under the expert eye of a team coach, honing their skills “in the field”. The competition then puts that training into action. Students compete to correctly identify soil features, classify soil profiles and interpret soil capability at several different sites.

The two SA teams did quite well in this year’s competition, they came 4th and 9th place out of a total of 15 teams. 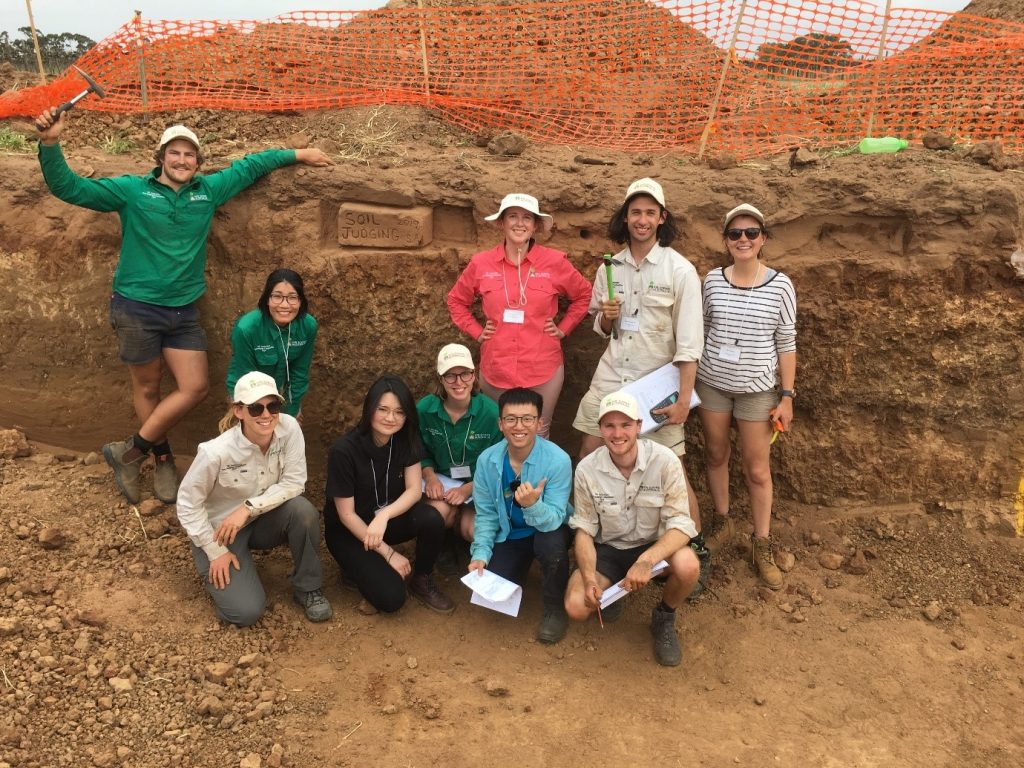 This was the third time Shan participated in this event; competing on the SA teams in the 5th and 6th competitions. He said he really has learnt a lot of skills and knowledge from this event, and developed from a relatively quite achiever to a maturing and competent soil scientist. He really enjoyed spreading his knowledge to “thirsty” students during coaching and was happy to see more students get involved in soil science.

The first Australian soil judging competition was held in conjunction with Soil Science Australia’s National Soils Conference in Hobart in 2012, with teams from five states competing.

An Australian team competed in the International Soil Judging Competition held in conjunction with the World Congress of Soil Science in Korea in 2014, and the 2017 competition held in Toowoomba Queensland included a record 12 teams, including two New Zealand teams.