Aeration with compressed air to loosen the soil and increases the water infiltration rate.

The Rhizopod system at the Keppel Sands Caravan park continues to perform well. It recently underwent a prune, a compressed air service blast, and fertilisation with trace elements. The bamboo has responded to the routine maintenance by having an excellent shooting season.

The additional light, aerated soil, and the fertiliser has encouraged the bamboo to have its best ever number of new shoots. The bamboo in the Rhizopod system have been very effective in using evapotranspiration to use all the wastewater produced at the site.

In early 2015 Arris won the tender to install a new wastewater treatment and dispersal system at the Keppel Sands Caravan Park owned by the Livingstone Shire Council. Keppel Sands is a small fishing village located on the Capricorn Coast and has easy access to estuaries and the Reef. 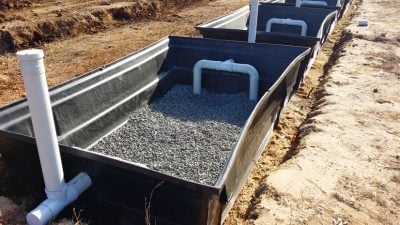 We designed and installed a Rhizopod® no release system. This system  allows wastewater to be evaporated or transpired by plants without leaching into the environment or contaminating overland flows. The principle involves pumping the wastewater through the contained channels where the plants evapotranspire the water. Any non-transpired water could then be returned to the start of the system and go through the pods until used. The pre-treatment for the Rhizopods can be either septic tanks or aerated wastewater treatment systems (AWTS). It is particularly suited to caravan parks as it has a relatively small footprint, excellent odour control, and can be used to provide vegetative barriers from things such as roadways and chemical toilet dump points.

The production of wastewater at the site is highly variable with school holidays, particularly the Easter break, representing the peak flow (around 25 000 litres per day). The Park has some permanent residents but the majority of the occupants are tourists.

At no stage did the Park have to shut or even take amenities blocks ‘offline’.

We installed the Rhizopod® as a modification to the septic tanks and holding tank system previously used at the Caravan Park. One of the Parks major operating expenses was the pump-out and carting of wastewater and the frequent truck movements during peak times was also undesirable. As part our construction we were able to reuse all of the existing infrastructure at the site and incorporate it into the Rhizopod ™ system. This saved on the capital cost and also meant that there was minimal disruption to the Park during construction.

We had a great deal of fun installing the Rhizopods just after Cyclone Monica had visited the town. We were still able to meet our construction timetable thanks to our generator powered mobile workshop. The on-site construction was completed within 2 weeks. 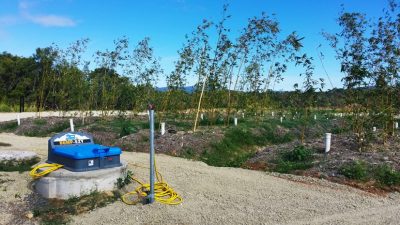 The Rhizopod® system has a small footprint due to its contained, no-release nature, and the combined surface area of the leaves of the plants in the pods. The Keppel Sands Caravan Park is situated close to sensitive areas, such as creeks, waterways, coastal dunes, and human habitation. It also has a high water-table (less than 1 metre below the surface). The contained nature of the Rhizopod® system meant that it has no releases of effluent to the environment; thus protecting the sensitive areas. We installed 4 rows of Rhizopods with a total footprint (including the tanks) of 400 m2. The small footprint of the Rhizopod® system meant that no van sites were lost to make room for the pods.

Using all of the wastewater produced at the site.

We used a mixture of plants in this system; but had a key focus on bamboo. We used plants that had high water and nutrient usage, but also species that could handle the strong sea breezes. The plants have grown at a fantastic rate and have thrived in the Rhizopod®  environment. The abundant growth rate of the plants has meant that the surface area of the leaves has increased markedly enabling a high evapotranspiration volume. Put simply, the plants are using all of the wastewater produced at the site.

The site is now over a year old and during this time the Rhizopod® system has successfully reused all of the water produced at the site. No pump outs of water from the Rhizopod system has occurred (please note: septic tank desludging continues as normal). This has resulted in a massive saving in operational costs.

Aeration loosens the soil in the Rhizopod systems and increases the water infiltration rate. This maintenance task is typically performed every 3 years and corrects any soil compaction or clogging.

The Rhizopod® system at the Keppel Sands Caravan park had a relatively low capital cost, has resulted in significant operational savings, and is successfully functioning as a ‘no-release’ system in a sensitive environment. 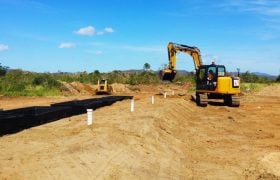 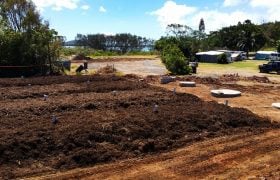 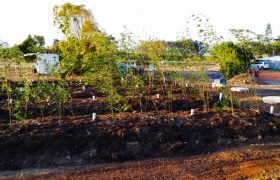 Planting throughout the Rhizopod® system 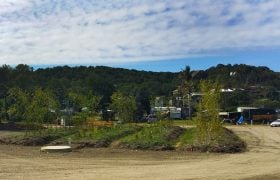 Minimal to no disruption to camp operation 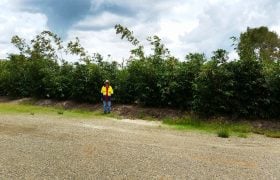 Almost a year after installation 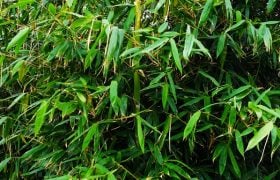 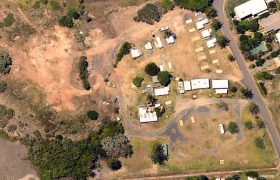 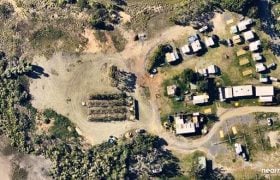 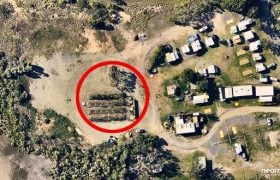 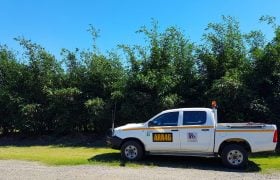 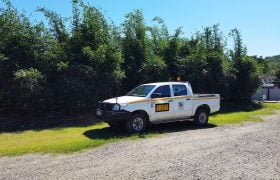 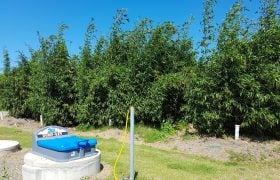 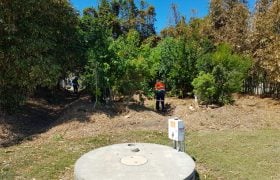 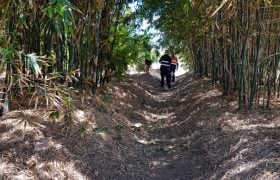 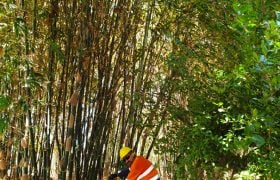 Project up 2019; Aeration with compressed air loosens the soil and increases the water infiltration rate. 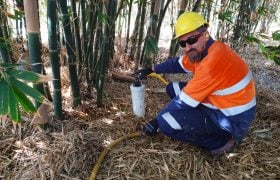 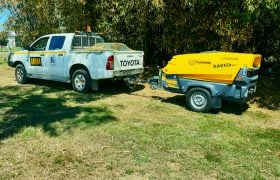 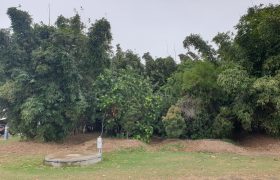 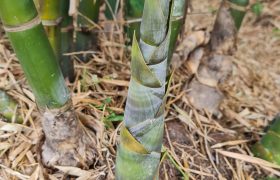 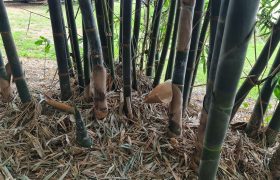 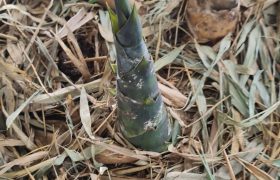 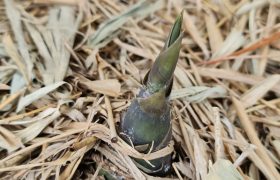